You might be wondering who the Design Thinking rock star is. So, here is a short bio of Tracy.

Who is Tracy Brandenburg? 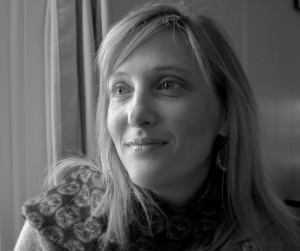 Tracy Brandenburg is an anthropologist, semiotician and professor of Innovation. She holds a B.A. from Indiana University in anthropology and Spanish, a M.A. and Ph.D. from Purdue University in comparative literature, and has studied design thinking at the Hasso Plattner Institute of Design at Stanford University.

Her fascination with language, signs, and the human condition led her to study linguistic anthropology and later semiotics. With semiotics, the study of signs and man’s interaction with them, she applied her knowledge of how people interpret their world so as to better understand why hundreds of thousands of people could believe that slain rapper Tupac Shakur was still alive. For this work on Shakur she was awarded the best paper of the year by the Semiotic Society of America. Later, in her doctoral studies, she conducted ethnographic research among the Zapotec in Oaxaca, Mexico and asked the question: could indigenous cultures still practice the pre-Hispanic technique of writing without words? On this topic she has several publications and given many lectures across the country.

She is a faculty member of the executive education program at the Hasso Plattner Institute of Design at the Stanford University, and teaches at Cornell University. She also worked as a faculty member at the School of Visual Arts (NYC) new MFA program in Design for Social Innovation. She also founded the Wells College Innovation Laboratory.

In September 2011 she was a keynote speaker at Innovation in Mind, an Innovation Conference in Lund, Sweden.